Guardians of the Pyramids

The Guardians of the Pyramids have returned from the future to protect their hidden treasures!

Set out in the outskirts of an Egyptian city, you; the explorer, adventure through Pyramids winning as you go with the help of 60 million UltraWays™. Along the adventure, Scarab beetles will land in view and upgrade symbols offering higher wins. The Pyramid will award you one of two bonuses, either the symbols will be split into doubles and quads to offer more UltraWays™ wins or the Wild Mummies will be raised from the dead!

Free Spins takes place inside the tomb of the mighty Pyramid where the powerful Guardian gives you a random multiplier on each spin and also awards your treasure hunting with extra spins and splitting symbols. Since you have impressed the Guardian by entering the tomb, they show respect by offering a guaranteed win on every spin. 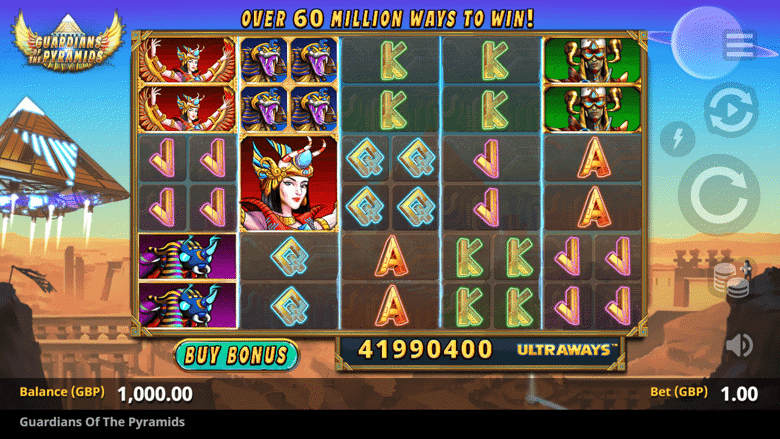 At the end of each spin, the Pyramid could come to life and turn a minimum of 2 and a maximum of 6 symbols on the reels Wild. These Wilds inherit the split status of the original symbol (single, double, or quad). 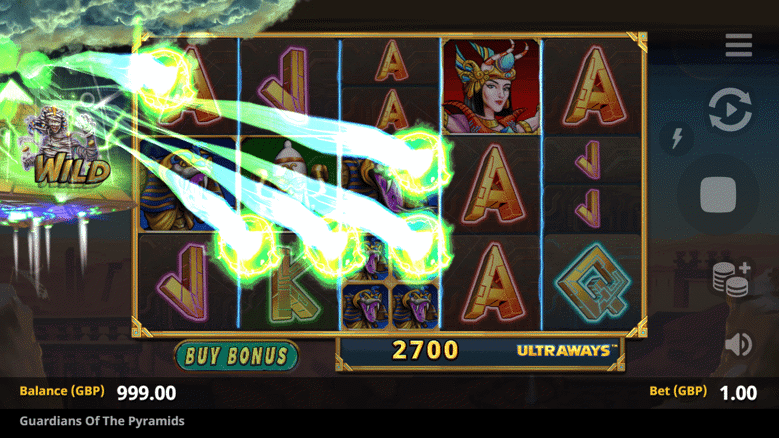 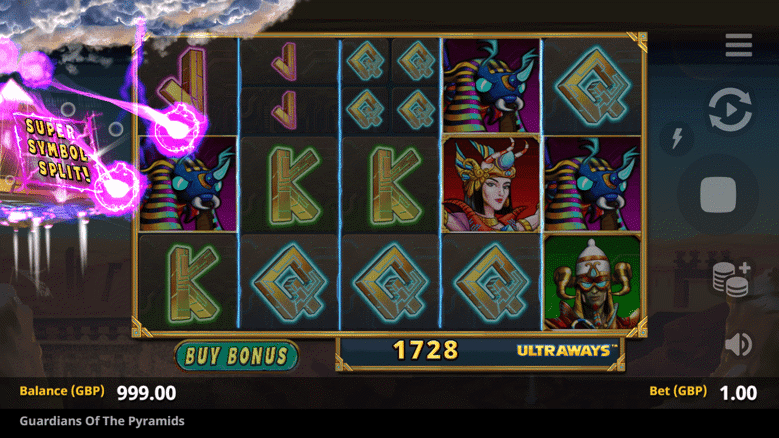 Mystery symbols can spin in on the reels and reveal any paying symbol, excluding Wilds. The Mystery symbol could reveal single, double or quad symbols.

3 Pyramid Scatter Symbols triggers the Free Spin Bonus. Inside the Pyramid, you start with 5 Free Spins, each spin has its own multiplier value of up to 10x bet!  Extra spins can be awarded at the end of each spin and every spin is a guaranteed winning spin.